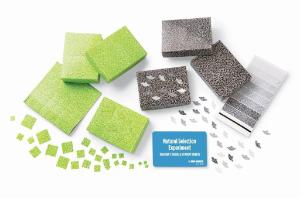 
In the 1950s, Oxford University scientist Dr. Bernard Kettlewell studied the changes in England's peppered moth population. Over a hundred-year period, the population of peppered moths shifted from being primarily light-colored to dark-colored. Dr. Kettlewell reasoned that predatory birds fed on more light-colored moths because they were more easy to spot against the pollution-darkened tree bark. This meant that the dark-colored moths survived in greater numbers, and the genes for their dark coloring were passed down to future generations.