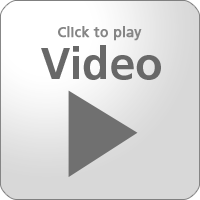 GA Ultra Assembly reaction occurs in two steps using the addition of two master mixes in two sequential steps. In the first step, the GA Ultra Master Mix A (2X) creates single-strand DNA 5’ overhangs by chewing back DNA from the 3’ end. This reaction is cooled under conditions that allow for annealing of complementary overlap regions. Next, the GA Ultra Master Mix B (2X) is added. During this step, nucleotides are incorporated into the construct to fill in the gaps in the annealed DNA fragments and nicks are sealed to create a contiguous DNA construct.

The Gibson Assembly method allows the insertion of one or more linear double stranded DNA fragments into a virtually any vector without the need to rely on compatible restriction sites. Gibson Assembly is significantly faster than traditional restriction enzyme digest-based cloning and proven for the cloning of both small and large double stranded DNA fragments. Using the Gibson Assembly® Ultra Kit, the simultaneous cloning of one to fifteen inserts with sizes ranging from 100 bp to 100 kb can be accomplished in a single tube using a highly efficient two-step reaction that yields cloning efficiencies of 95%.